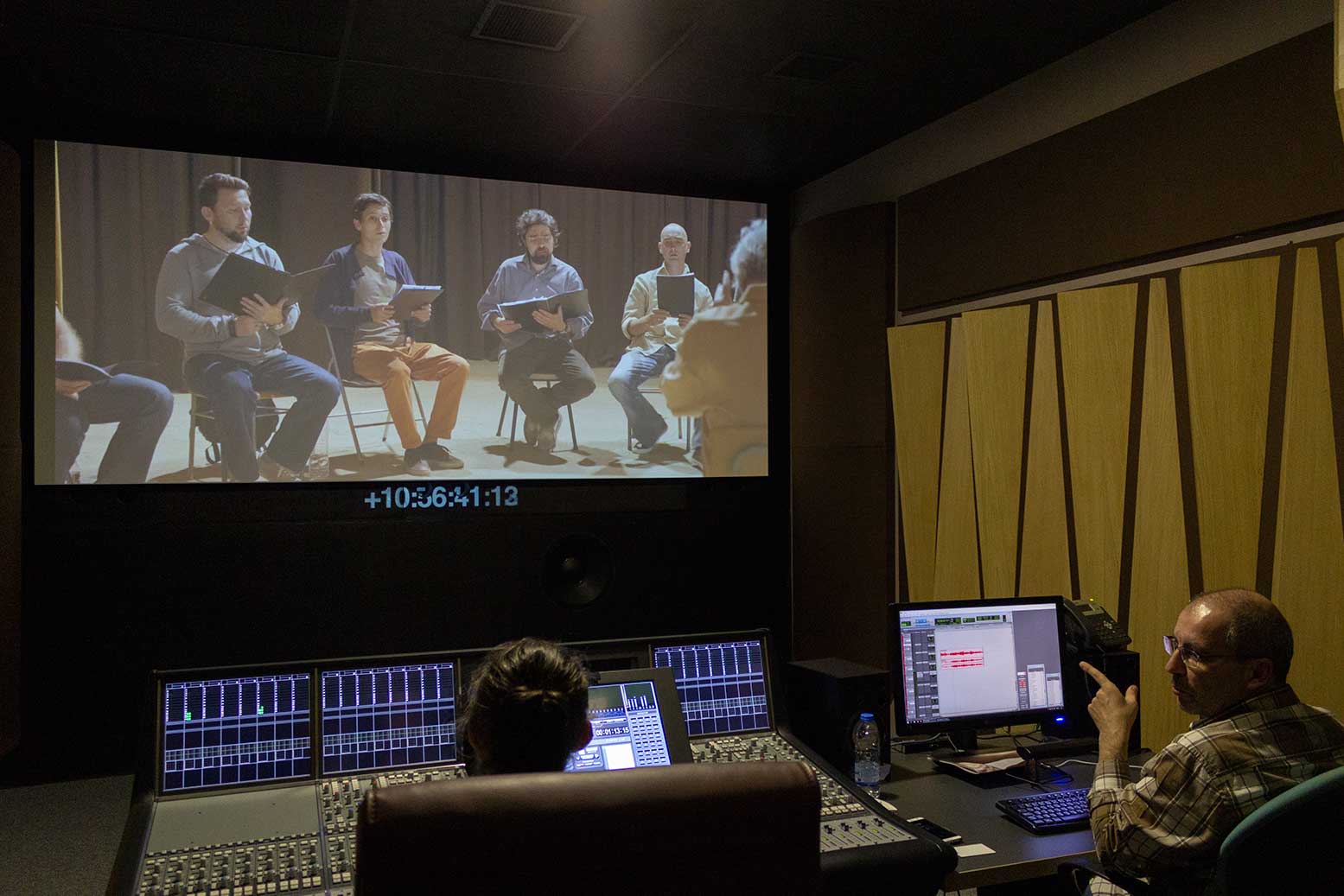 Few places can provide as comprehensive an array of post-production services ranging from Dolby Atmos theatrical mixing to color grading on a 4K Barco projector, from complete Foley production to CGI creation. We can.

The studio is fully equipped to meet and post production demands that a modern feature would demand. Several surround mixing studios of varying sizes cover anything from TV to film. The Atmos mixing stage is powered by 3 HDX2 Pro Tools systems along with an SSL mixing console. Color grading with the 4K Barco is done on a 7 meter screen. A smaller 7.1 mixing studio shares the configuration of the Atmos stage, but in a smaller form.